How do I get this DUI DWI off my record?

A list of states and a brief summary of their expungement laws to help you understand your options. 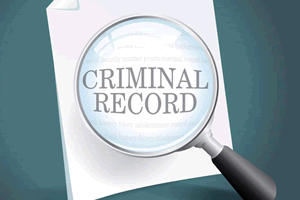 Home › Questions › Can I get a DUI if I just drank cough medicine?

Can I get a DUI if I just drank cough medicine?

Although most drivers are aware of the dangers of drinking and driving or consuming illegal drugs and operating a motorized vehicle, many drivers do not realize the dangers of driving while using over the counter medications.

The truth, however, is that many over the counter medications, such as cough medicine, which are considered “safe and legal,” can cause impairments similar to other illegal or precribed drugs. Not only can these medications impair a driver’s ability to drive, using them can also result in a DUI arrest and conviction.

What are the effects of overdosing on DXM or certain cough medicines?

Driving under the influence of certain chemicals, such as DXM, an ingredient commonly found in cough medicine, can cause similar impairments to those of illegal drugs and alcohol.

The dangers of over the counter medications, such as cough medicine, is most substantial when the drugs are used in an effort to get high. For example, taking cough medication (dextromethorphan (DXM)) at the recommended dosage of 15-to 30-milligram may be safe, consuming 360 milligrams or more, however, can substantially impair a driver’s ability to drive.

What should I do before using over the counter medications?

Before using any type of medication, including cough medicine, it’s important to take several steps to ensure your own safety.

First, talk to the pharmacist or your medical doctor. It’s important to understand not only the risks of the medication, but also whether any other medications you are taking my increase the risk of driving. Next, review the side-effects of each medication you consume. Side-effect information should be included and clearly stated on the packaging of your medications.

Finally, if you have any concerns about your ability to drive, it is always better to err on the side of not driving.

What do I do if I get a DUI for using cough medicine?

Drivers arrested for DUI for using prescription medications often fail to realize the seriousness of their charges. In fact, they often believe because they were not intoxicated with alcohol that they cannot be charged with DUI.

Unfortunately, this is simply not true. All states have laws which allow drivers to be arrested, charged and convicted for impaired driving, regardless of the substance which caused the impairment.

So what does this mean for the driver? Even if they are arrested for using an over the counter product such as cough medicine, they may still be arrested and charged with DUI and face very severe DUI penalties.

In fact, although a first time DUI charge is generally a misdemeanor charge, the penalties can include thousands of dollars in fines, jail time, probation, mandatory installation of an ignition interlock device and a suspended license.

Can I get a DUI for sleeping in my car?

Can I get a DUI if I was under the limit?

Do I have to submit to a breath test after DUI arrest?

How can I help stop drunk driving in my city?

Are sobriety checkpoints allowed in Texas?

How do I get my license back after a DUI?

Steps to Reinstate Your Drivers License After DUI

Can I drive on Xanax or prescribed drugs?